Skip to main content
It looks like you're using Internet Explorer 11 or older. This website works best with modern browsers such as the latest versions of Chrome, Firefox, Safari, and Edge. If you continue with this browser, you may see unexpected results.

An introductory guide to VR and its use in the classroom.

Virtual Reality (VR) headsets allow users to explore simulated worlds. While commonly used for video games, virtual reality has many applications in education and experience, such as medical simulations, training in simulated situations, and experiencing artistic and historical displays. Headsets come in both tethered (attached to a computer) and standalone (either containing a mobile device or being self-contained) models, with common brands including the Oculus and the HTC Vive.

Beyond headsets, a more passive (and less expensive) form of virtual reality comes in the form of 360-degree (or 3D) videos. These videos, unlike a traditional 2D video, allow the viewer to rotate their view, seeing all around them. Many are also compatible with VR headsets, especially housings such as Google's Cardboard.

VR in the Library 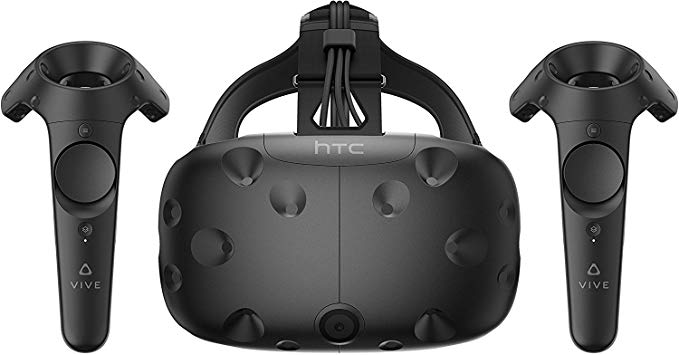 The Baldwin Library currently has an HTC Vive virtual reality headset. This headset was made available thanks to the generosity of the Georgia Public Library Service. Headset trials are available to faculty via a drop-in reservation system. The headset will also be featured during International Games Week (November 4th-7th).

To reserve a faculty drop-in appointment, use this link and select "Drop-In Librarian- Tifton" and select a librarian from the drop-down menu. Please include your name and any other required information when placing the reservation. Note that drop-in appointments must be placed 48 hours in advance.

While video games and entertainment are still some of the most common applications for virtual reality, many educational and experiential VR programs exist. Virtual reality allows the user to visit places- and times- that they otherwise would not be able to see, as well as providing risk-free practice experiences- like surgery without needing to put a patient at risk. Some educational sites and programs include:

Google Arts and Culture: The Arts and Culture site on Google provides 360 degree videos of artistic and cultural presentations, viewable in a web browser or using a VR housing (i.e. Google Cardboard) or VR headset.

Dreams of Dalí: The Salvador Dalí Museum has created a virtual reality exploration of Dalí's painting Archaeological Reminiscence of Millet's "Angelus" which allows viewers to enter the painting and view the surrealist master's work. The full VR experience can be viewed using an Oculus Rift or HTC Vive, while a linear 360-degree video is also available.

YouVisit: YouVisit provides virtual tours of college campuses, museums, events, and more. These tours are presented as either virtual reality experiences (requiring a VR headset or viewer) or 360-degree images.

These links provide access to current VR and virtualization projects, as well as discussing their impact on education.

The Presence of the Past: The Possibilities of Virtual Reality for History: This article discusses the use of virtual reality in history classes, including the digital reconstruction of destroyed cultural heritage sites and viewing historical sites in three dimensions to take students on virtual field trips.